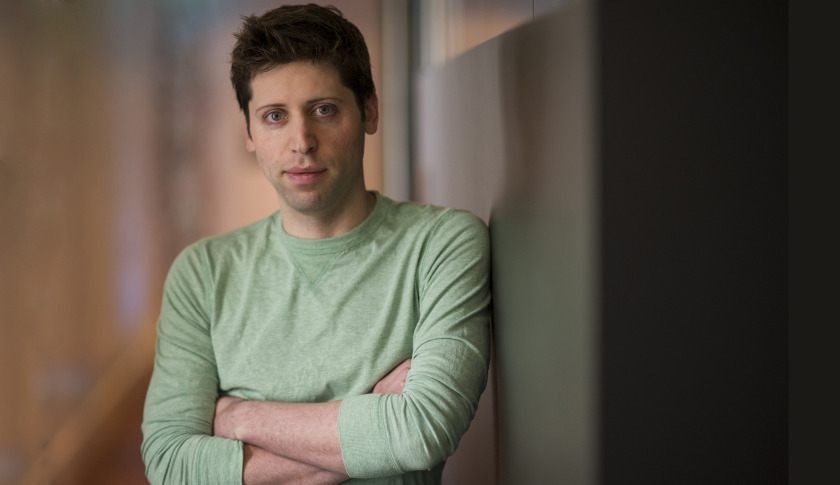 Doing anything worthwhile takes a long time and it takes a lot of emotional trauma and if you are not willing to sign up for that, you are not gonna succeed.

Take time try lot of things, explore a lot of things. Try to have beginner’s mind about what will work and what won’t but trust your intuitions and pursue a lot of things as cheaply and quickly as possible then be honest with yourself about what’s working well and what’s not. And hard part is cut all the stuff that’s not working and focus down until you are eventually focused one or two things that are really working.

My three most pillar in productivity:

The best thing I can say is I like to follow my interests, I try to pursue a lot of projects that seem interesting. I realize that most of them will fail and I don’t care as long as the one that work really work.

Everytime I make a major investment in the company, I am convinced that it’s going to work or atleast like I am prepared to pay for the expected value that I think it’s going to work. Convincing yourself otherwise is very hard.

I think the way you become really great at venture capital is to accept that the only way to figure out the future of the world is to identify incredibly talented, smart, creative, original thinkers and back those people. You have to trust that that will work out over time. You can’t just be the smartest person all the time.

The best thing in investing is you get to be wrong a lot many times very frequently and you learn that’s okay as long as magnitude of success is pays for all of failures.

Paul Graham used to say that the prototype for a good founder was James Bond. There’s lots of reasons the analogy doesn’t work, but this idea that a lot of things go wrong, you are unflappable, you never lose your cool, you know how to react. Bad things are happening to you left and right, and you are a survivor, and you always figure it out with whatever resource is in front of you. That part is the spirit of a great founder.

The things that have taught me lot about business are poker and investing. I strongly recommend poker for understanding the world of psychology and risk.

Things in life are rarely as risky as they seem. Most people are too much risk averse and so much advice is biased too much towards conservative paths. We are very good at thinking about short-term catastrophic risk and we are very bad thinking about long-term chronic risk. We worry about nuclear metldown but not like inhaling coal smoke.

I think as you get older, the perspective shift just gets harder and harder and it’s invaluable thing to get. Keeping sort of mental flexibility to look at things from fresh perspectives and new angles is most important thing hold on to.

Surrounding yourself with people who will make you more ambitious, more inquisitive, shift your perspective more is really important. Basically all people, almost about 98% people in the world will try to pull you back and say it’s crazy, it out there, it’s really ambitious.

I think a vision that someone feels compelled to make happen in the world is probably the most important of a super successful founder. Then this idea of relentless resourcefulness: “That thing is so important to me that I’m going to figure out how to get it done, whatever it takes. Whatever I need to learn. Whoever I need to convince.” That’s really important.

You want to look for intersection of what you good at, what you enjoy and where you can create value for the world. In my experience, if you don’t find some intersection of those three it’s really hard to have impact.

If you work very hard at early in your career, you get little better at what you work every day, every week, every year and you learn more and meet people and just get work done. There’s a compound effect.

My new belief on how long should I hold the stock in best companies is forever. In a world where people are increasingly focused on tick and quarterly earnings cycle, you should try and go in the other direction. This a great way to generate value and wealth.

I think willing to go, take a risk and make some amount of sacrifice to be able to try impact the world in some way you care about and sooner you get to work on that, better you’ll be.

The point that I always try to make is that it’s important to do very small amounts of that. Less is more.If you look at the most successful founders, they’re not the ones that are on the circuit.

“Love is better than like.” Well, I think there’s a few different reasons for that. One is it objectively seems to be true. If you look at the companies that have gone to become super important and valuable, and shaped the world in a big way, they tend to have fairly fanatical early users. If you think about how you first came across Facebook or Google, it’s very likely because a friend told you how great it was. Focus on love, not likes.

The role of the CEO is basically to figure out and decide what the company should do and then make sure it does that. Many CEOs try to outsource those things.

The hard part of getting users and getting revenue is that it means spending your time building stuff and talking to users—and the implication is you should do nothing else.

Almost every venture capital firm gives advice they never follow themselves. They don’t build differentiated products. They are not network-affected businesses. They don’t try to build a brand and a community. And they don’t try to make something that gets better the bigger it gets and have the scale effects that anyone would tell you they want in a business.

I don’t know why most investors are so obsessed with the current size of a market instead of how big they think it will be in ten years, but it’s an opportunity for you.

The most expensive investing mistake in the world to make is to be a pessimist, and it’s a common one. I think that’s actually the most common mistake to make in life.

To do well as an investor, you need to do three things: get access to good investment opportunities, make good decisions about what to invest in, and get the companies you want to invest in to choose you as an investor. That’s it!

The better the investment opportunity is (i.e., expected value relative to valuation), the harder it usually is to get the company to choose you as an investor.

The most important way to help founders is to get them to be more ambitious—to think bigger and to have more self-belief. Help them set ambitious but achievable goals. The second most important thing to do is to give them specific, tactical advice (instead of general strategy) about how to achieve their goals.

I’ve found that most of the time when founders call asking for vague help, what they are really asking for is emotional support from a friend. Invite them over to your house, make them tea or pour them a drink, and start listening to their struggles.

History belongs to the doers.

You win people over one person at a time.

It is easier to start a hard company than an easy company.

You have to get really good at saying no.

The way things get done in the world are through a combination of focus and personal connection. ~ Charlie Rose

I would like to additional factor of self belief to above qualities.

You have to work harder than most people think you should.

People regret way more things they didn’t do then they do.

Startups, once they get big enough, can only grow by word of mouth.

People always say that the CEO’s job is not to run out of money, and what they usually mean by that is fundraising. But the other way you can do that is to make money.

One specific thing which I do has become an annual ritual which I like is on December 31st every year take a break, and I sit and write down what went well last year what didn’t. I look hard at what I might to-do list for the year and I write one out for next year.

I sold my company when I was 25. Then I took a year off. It is really hard to do in Silicon Valley because in a place where social status is determined by your job and what you are working on like when you show up to a party and someone says oh hey, what are you working on and you are kind a like ahh I am taking a year off. You can see in real time their eyes look for someone else in room to talk to. It doesn’t fill good. But it’s incredible privileged thing to be able to do it only if you are in position between jobs where you can take a year off. I highly recommend. I think it was like one or two best career things I ever did.

In that year, I read like many dozens of textbooks, I learned about the fields that I had been interested in. I didn’t have any idea that they were all going to come together in the way they did. I learned a lot but nuclear engineering, learned a lot about AI, synthetic biology. I learned about investing that I had started like I made maybe four angel investments before this. I travelled around a lot. I met people that were working on all sorts of different things who were nice enough to talk to me. I got badly needed time to reconnect with with my friends and family. I had just caught up on life. Having unlimited time, I helped people that seemed good and interesting and needed help. They would teach me stuff or they would like offer me a chance to invest in their startup later and I left myself unscheduled so I could fly to another country for conference. I started doing all these random stuff.

And out of all of it, almost all of it never worked out. The seeds were planted for things that worked in deep ways later.