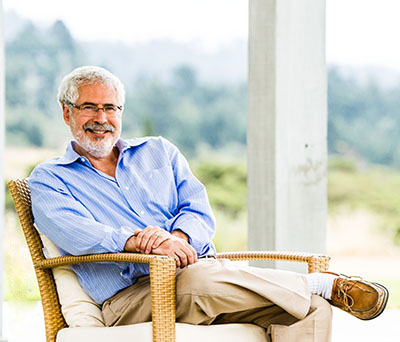 This a collection of almost everything including stories, lessons, short quotes which I will keep updating often. Happy Learning!

Every great at least technology startup has at least an innovator and an entrepreneur and they’re almost never the same person. The innovator is somebody likes Straubel or somebody like Steve Wozniak or somebody like Paul Allen at Microsoft, this could be a technology entrepreneur, could be some business person who has a great insight. But you know what, a startup with just an innovator is like one hand clapping. Almost always you need an entrepreneur, somebody who kind of gets the technology but is world-class in creating a reality distortion field that allows you to attract capital beyond all rational means, to recruit people, to quit great day jobs, to convince the press and early customers, to by bugging unfinished software.

Founders/visionaries see things other don’t and the extraordinary ones create new industries.

When technology changes are rapid you want the founder to continue to run the company. However, when success depends on exploitation and execution at scale their impatience for continuous innovation and invention often gets in the way of day-to-day execution.

If you’re an early company employee, it’s not likely that the skills you have on day one are the skills needed as the company scales to the next level.

The painful reality is that products change, strategies change, people change. Things have to change for your company to stay in business and grow.

Almost always founders actually understand the symptom of the problem not the problem.

If you’re a founder you believe on day one you’re a visionary but we now have 50 years of data that says almost all of you are hallucinating.

Entrepreneurs lead a startup community while everyone else feeds the community. Feeders include the government, universities, investors, mentors, service providers and large companies.

In the 20th century if you were an entrepreneur the pattern worked like this you wrote a business plan which looked not much different than the plan you would write instead of a large corporation it had five year forecast which surprisingly all of them happen to say a $100 million dollars of revenue in year five. Basically you took that plan you turned it into 10 or 12 slides you pitched a VC and if they believed you they funded the plan and they maybe ran some numbers anddepending whether it was a bubble or notyou would get get the money but here’s what happened as they insisted consciously or unconsciously that what you were doing next was simply executing the plan and by executing the plan I mean building the products you wrote down you know going through waterfall engineering that is serially building the product alpha test, beta test, first customer ship. In the meantime starting to scale sales and marketing and you will have a big bang product launch and then you’d stand back and the bags of money would just appear in your office and you’d be rich and retired. No it didn’t really work like that and then the surprise was is you know you’d have a board meeting six weeks after you launched and everybody be high-fiving the VP of marketing it was great press and look at that and you did your job it was wonderful and no one would talk to the VP of Sales for a while until the board meeting after that another six weeks and they’d go so how we doing by the numbers remember the numbers are what you got funded on it was this forecast and the VP of Sales would say great pipeline now only some of you were laughing because very pipeline means well that we’re really not making the numbers but don’t worry right that’s um and so another six weeks would go by and this would repeat itself and depending on the economic conditions the VCs would then raise and in fact they practice on raising one eyebrow as they practice into mirror because they raise one eyebrow to the CEO and the next time the VP of Sales says gray pipeline a puff of smoke appears and a pile of ashes shows up on the seat they were sitting in and a new VP of Sales appears and this goes on for another six months or a year and pipeline pipeline and all of a sudden who gets fired next the VP of Marketing and then eventually the VP of the CEO gets fired and maybe the company restarts or runs out of cash.

World class founders intutively believe that they understand the problem so all they need to do is execute the solution. That is get out of my way, let me hire the staff and build this damn thing. And again the only problem we are going to have is where do we put the bags of money? I have yet to see that work, yet every founder from day one because of their passion believes that’s the case.

Osterwalder business model canvas, Risa’s observation that if we use natural engineering we can actually build iterative products which called Minimum Viable Products, to get them out and actually show people stuff rather than just talking to them and my idea of getting out of the building and like starting to talk to people and that is the Lean Startup.

The difference between a horse and a pastor and a horse with a jockey you know that horse in the pasture has no interest in running around the track until someone’s sitting on top of it kicking it a bit it’s the same I’ve found with founders trying to do discovery and and dispassionately ask instead of do you like my product, trying to first understand do you deeply understand the problem you’re implicitly trying to solve that is if you’re making a product underneath it is a set of assumptions about why people will buy it all right not the features or whatever but what are you trying to solve?

The goal is you’re trying to find enough data to build the repeatable and scalable sales process and you’re doing that by testing all these hypotheses about do I understand the archetypes of my customers.

The goal is to do enough discovery so eventually when you build a repeatable process you’ve understood all the points that you now have a sales channel that you literally could go implement because you’ve done the hard work and customer validation is the next step in saying okay let’s try to do some early sales based on the data we have and if we’ve nailed it just the money should pour in and it almost never works like that.

Hypothesis testing we’ve been doing that as scientists for 500 years is that you create a hypothesis you design an experiment you know you get out of the building, you collect some data, and then you do one of three things with that data you either validate the hypothesis, you invalidate it or you modify it and that’s what implicitly I was teaching about the Lean Startup method.

If you’re a startup founder you’re using customer discovery to fill out essentially a sparse matrix and you’re making decisions always on imperfect data and if you’re not comfortable doing that you shouldn’t be running a startup. There’s never enough data in a startup for you to make perfect decisions. And that’s why startups feel chaotic and if it doesn’t feel chaotic you’re not moving fast enough because you’ve just turned it into a lifestyle business and if you do that then that’s fine but you’re not going to scale.

Not understanding how to respond to advice/suggestions can limit your career. Advice is a kickstarter for your own insights and a gateway for mentorship. Treat advice and suggestions as a gift, not a distraction. Here is a response I gave to my team:

Throughout your work career you’ll be getting tons of suggestions and advice; from mentors – people you don’t work for but who care about your career and from your direct boss and others up your reporting chain.

Customer development is about get out of the building.

[To CEOs and Founders]There are no facts inside your building so get the hell outside.

The goal of getting out of the building for the lean startup is to inform the founders of vision.

The incredible passion of a founder to drive to a conclusion gets in your way of gathering data.

The biggest idea about customer discovery is that it is not sales.

A pivot is a substantive change to one or more of business model elements hypothesis.

You don’t go to war without understanding and preparing for battle.

When you’re driving if you don’t feel like you’re out of control you’re not driving fast enough. ~ Mario Andretti

The best ones know when it’s time to let go.

I remember the first time I had to do this just as a you know the marketing guy and someone said well you’re not a marketing guy who has you’ve actually been outside the building which was great advice. You know I used to call people but to set up meetings, the first thing I remember– literally I remember staring at the phone hoping it with the dial itself because like there’s no way I wanted to talk to people. I was having more fun inside the building thinking great thoughts. What do you mean talk to people I don’t even like those people? Why would I talk to them? They’re not they’re not very smart and all I want is their money.

Elon Musk’s first job in Silicon Valley he was my intern and I had no idea. Somebody came to me with an idea for an electric car and was a kid named JB Straubel you might know who he is is the inventor of all this the Tesla technologies (the chief engineer at Tesla did all the battery technology the drivetrain etc). He was driving around Palo Alto in a in a Porsche he had personally converted as a 20 some-odd year old with a lead-acid battery trailer behind that the powering and so for six weeks him and the then head of Nissan’s Palo Alto research group decided we were going to build an electric car. This was going to be my 9th startup and I quickly realized and I said this is going to take 10 years and $50 million. Well I was only off by only another 20 years and probably 100x. I said you know what I just can’t do it anymore. JB Starubel went off and found the Tesla with a another entrepreneur named Martin Eberhard, turns out the Elon Musk was actually the investor not the founder though managed to get himself written into history and by the way the company would not have been a success without Musk being the you know the new CEO.

I used to confuse customer development with sales and I always used to convince confuse every interaction even when I had sales early on, with everybody should give me an order. Not understanding the the model that says no what I’m looking for on day one are other crazy people seriously and an enterprise back then and probably a lot different but at least for me crazy people even when I found the right archetype was 1 out of 20 in the enterprise, maybe 1 out of 5 of those or less would give me an order early on because I was a startup.